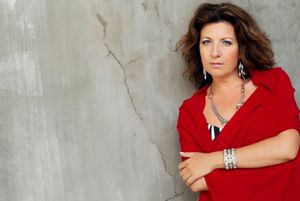 "Audiences love her. They love her incredible sound and they love how she makes them feel. It is that simple."
Robert Fontaine, CBC Radio One, Ottawa

Bianca Pittoors is an artist recognized for her authenticity and her charisma. In concert, she weaves a beautiful tapestry with her passion and the stories she enjoys sharing with us. This generous artist surrenders to her audience.

Originally from Winnipeg, Manitoba, Bianca found in her childhood seeds to sow a garden of life in art and music. From the start her family offered her opportunities to live rich experiences of a musical, cultural and artistic nature. Passionately dedicated to the idea of artistic growth, Bianca found the tools which allowed her to shine in this mosaic of international influences; it is the language of music.

Bianca studied at the Banff Centre for Performing Arts with the legendary New York artists Kenny Werner, Sheila Jordan and Jay Clayton.  Esteemed mentor Montreal’s Ranee Lee, added greatly to Bianca's depth of experience. Over the course of her career Bianca has represented Canada abroad, has sung back-up with Sarah Brightman and received many well earned accolades: one of Ottawa Life’s Top 50 Personalities for 2007; Best Jazz Band In Ottawa in 1999 and Self Employed Person Of The Year in 2008 from the RÉFAP for her dedication and entrepreneurial skills.

“Bianca Basso is the dream I didn't know I was dreaming. Everything I have done so far contributes to what I create today, to this place where I always wanted to be: writing, collaborating and singing my own standards.” 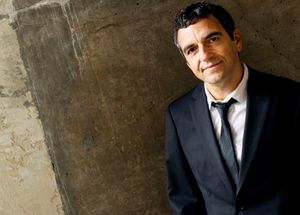 Marc Langis is the Director of the Conservatoire de musique du Québec in Gatineau since April 30th, 2015. Prior to his nomination, Marc had been sharing the stage with Céline Dion since 1995.

A native of Trois -Rivières, Quebec, he was passionate about music at a young age. He began his formal musical education at age 5 at the Conservatoire de Musique du Quebec. Choral training, following shortly thereafter, drew from a broad repertoire of music introducing him to the works of classical masters, chanson française and popular repertoire in multiple languages. He began playing the bass at age 13.

An undergraduate from McGill University, Marc holds a Master’s degree in Jazz Performance from the University of Miami. He is a respected composer and songwriter. In demand as a session player, he has recorded on over 60 albums with numerous artists, including Robert Charlebois, Jean-Pierre Ferland, Isabelle Boulay and Daniel Lavoie. The list goes on to include Cirque du Soleil productions with René Dupéré.
In the early 1990s, Marc Langis played on the canadian daily talk show BENEZRA, with stars like Sheryl Crow, Barry White and Buddy Guy. That prepared him well for the whirlwind that was to follow. Marc recalls his first gig with Céline as the audition of a lifetime. Meeting her only a few short hours prior to the show, that initial performance proved to be extraordinary. There was no looking back.

Now after touring the globe and having played on the most respected stages in the world, another window of opportunity has opened. “It has always been a dream of mine to find a collaborator with whom I could create.” Bianca Basso with partner Bianca Pittoors is the realization of this dream. Writing beautiful songs they perform together with obvious pleasure. They are about expressing who and where they are. They sing what they live and want people to go home feeling happy.

“After 20 years with an artist I respect as much as Céline, I know how fortunate I am to be able to continue on this exciting adventure with Bianca Basso.”

Here you can read more about us